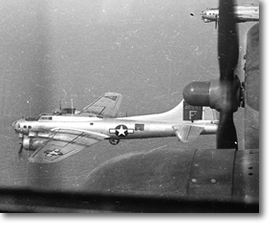 When I was a child my mother and grandmother took me on short walks through the woods and over the grassy hills of Marin County in California. Somehow these initial adventures touched something in me for I remember, at about age 9 or 10, walking alone through the woods near my grandmother’s summer cabin. I did so because of the serene feeling that came as I slowly scanned the sweet scented fir forest and touching the swordferns beneath. Somehow I knew that this special serene feeling would come to me only when I was alone. In high school, though I was thoroughly absorbed in athletics, I took the time to hike the trails of Mt.Tamalpias on Sundays during all seasons of the year. Though World War II left little time to indulge my growing affinity for wilderness, I do distinctly remember a beautiful solo moonlight training flight over the eastern San Joaquin Valley, a B-17 training flight over the moon drenched English countryside, and a flight through the Swiss Alps lower than some of the high peaks. Then there was a flight through, around and over a maize of billowy and broken white thunder heads over Morocco in West Africa. But, of course, the best was yet to come.

Almost immediately after being discharged from the Army Air Force, I turned to the Sierra Nevada to begin a life long love affair with John Muir’s “Range of Light”. Here, I came to experience over and over the joy that comes from exploring pristine alpine basins, spending nights atop Sierra summits under the full moon, watching the awesome drama of the spring run-off, seeing my first lunar rainbow, descending enchanted gorges and exploring black divides, discovering hidden unnamed lakes, going ‘solo’ in the Sierra Nevada, hiking by moonlight, climbing unnamed peaks, discovering green meadows dense with wildflowers, reveling in the power of thunderstorms, witnessing the season’s first snowfall, contemplating ancient trees thousands of years old, and delighting in the dance of aspen leaves in the midday breeze of summer and their turning color in autumn.

As a beginning teacher I fell into a position as wilderness guide, leading high school students on 14-day backpacking/peak climbing trips in the Sierra Nevada (25 over 17 years). Upon retiring, I began leading adults on 9-14 day wilderness trips (55 over 21 years) as a professional guide to Alaska as well as the Sierra Nevada. All the while I found time for adventures, apart from professional guiding, in Hawaii, New Zealand, the Adirondacks, the deserts of the American southwest, the Cascades of Oregon and Washington, and, always, the Sierra Nevada and Alaska. 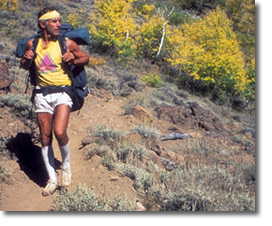 At some point while in the process of leading a group a few years ago, I was asked what was this “wilderness experience” I had referred to in almost reverent tones at the pre-trip meeting and occasionally during the trip? I realized that I had never articulated the term to anyone let alone myself. Yet my answer came surprisingly easy. The wilderness experience consisted, I said of two parts: 1) the powerful, though sometimes, subtle, lure of sheer beauty be it forest, mountains, deserts, fields of flowers, lakes and streams, gently falling snow, rain drops dancing on a lake surface, the aroma of sweet scented woods and 2) the adventure, however, varied in degree, of hiking, backpacking, and mountain climbing all in a wild environment. I added that in my own case I believed I had pretty well balanced these two aspects. As we discussed the matter my answer seemed generally satisfactory to the group around our campfire. Since that nighttime group critique of the “wilderness experience” I have expounded on my concept of wilderness many times, but gradually I sensed that it was incomplete. I realized this when I found myself writing, very spontaneously and a little surprisingly, a line for a sound/slide program:” In the wilderness I sense a benign force, a force which reaches out to include me”. It was at that moment that I realized that underlying the beauty, behind the aesthetic lure of the wild, is an indefinable spirit. It is not anthropomorphic. It has no form. I cannot define it in words. Yet, despite its elusiveness and mystery it is somehow real. It is so real that when the open minded agnostic I consider myself to be in the urban world I find myself embracing this benign mysterious force or spirit (no word seems to be adequate) when in the wilderness, “anywhere that’s wild” as John Muir put it. I remember that after the death of a close and very unique friend I was drawn to a high ridge back of my home during a day of gathering thunderheads to view what I sensed might be a rainbow. And there was a gorgeous arc of full spectrum light plunging out of the sky into the valley below. It lasted for at least 45 minutes, and I savored its beauty for a long time after I had finished photographing it. Then it came to me, came as a conviction, call it a revelation, and I said, aloud. “ Fritz, you son of a gun, you did this, this is your way of saying all is well”. In the moments afterwards I forcefully insisted to friends that Fritz somehow created the beautiful scene for me and for all who I would tell about it. It has occurred to me since that I would never had had such a spiritual experience, the second of its kind in my life, anywhere in the urban world.

I have formulated a theory, though I doubt that it is original, based on my own experience of wilderness and distinct impressions related to me by so many participants on the many trips I have led: human beings everywhere have an innate affinity, even a need, to be with wilderness – not just once or twice but on an ongoing basis. I put this best a number of years ago in a book, Yosemite Valley. Secret Places and Magic Moments: “As a wilderness guide… I have witnessed the reactions of hundreds of uninitiated urbanites to bona fide wilderness… I have seen enough tears at trip’s end, (or even in mid trip), heard enough unsolicited testimonials around the campfire, watched too many initiates stand in awe before flower fields, mountain meadows, thunderstorms, river torrents, imposing peaks, sunrises and alpenglows to conclude other than what I conclude: there is something in the human spirit that responds to wilderness…”

True, there are a few who are so addicted to the urban milieu that they seem to be beyond the touch of beauty or the call of adventure. And, I have discovered that some of those most touched fail to return such, I think, is the pull of the urban world’s responsibilities both genuine and obligatory. I stand, however, by my theory. If people, once initiated, fail to make wilderness an ongoing part of their lives it does not detract from the fact that while they were in the wild they exhibited unmitigated joy and exuberance in spite of the physical privations, in spite of being cut off from the familiar and comfortable (I do not witness much unmitigated joy in the urban world). As one man, a psychologist in his early 50’s, said to me in the middle of his first extended backpacking trip, tears streaming down his eyes, “This has been the most wonderful experience of my life.” And so it is with the many who do make wilderness an on-going experience in their Lives. Mystique of the Wilderness is an invitation, an invitation to unique adventure, to natural beauty, and, for some, an encounter with a benign spirit, a force, which however impossible to define, much less visualize, touches the soul from the beautiful mystery.